The Independent is Named the Top Multifamily Project 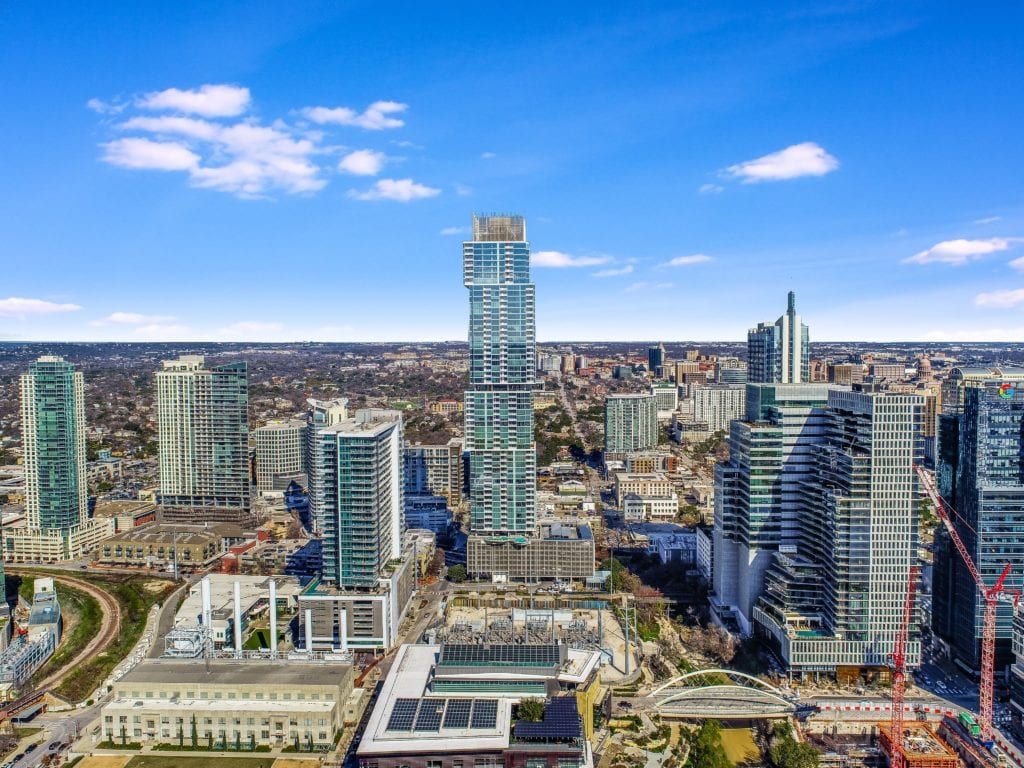 * all information provided by nominator

Why it won: The Independent tower’s Jenga-like design marked a welcome addition to the downtown skyline when it was completed in 2019.

Austin’s tallest tower at 58 stories, The Independent has also turned heads with its unique crown — which is now illuminated at night to give the tower a special glow at all hours of the day. There’s enough intrigue in The Independent that the story of it’s design and construction has been featured in a Science Channel program called “Impossible Engineering.”

And the hits just keep coming: The Independent has now been honored with a 2020 CREA Award for a new or rehabbed multifamily development.

The Independent features 363 condo units across 950,000 square feet while resting upon just 1.7 acres, maximizing the land and taxable value. The $300 million-plus project has helped the city of Austin reinvigorate a portion of downtown that has gone from hosting power and water plants to towering, new buildings that welcome people day and night.

What’s more, project co-developers Aspen Heights and CIM Group contributed more than $1 million to various funds that helped improve the infrastructure and beauty of the area.